1953 Harley-Davidson 165ST restoration has been completed and we are now accepting offers on this beautiful piece of history. The bike has been completely disassembled and restored with many original parts and some reproduction parts. The bike features a Pearlescent Metallic Green Custom Paint color created by Mike Covairt with BASF’s Glasurit 90line. Along with the metallic green you will see hand-painted pinstripe accents in a traditional Harley-Davidson orange paint. A custom hand-crafted leather seat made out of bison and steer hide with goat skin lacing compliments this beautiful restoration.

Today you might see this truck around town. Maybe at the garden center, grocery store or just out cruising the streets. It’s hard not to wave and honk when you see this one out on the roads!

It all began in 1948, Harley-Davidson released their first small, sturdy, light weight, two-stroke motorcycle, the “Model 125”. In 1953, the “Model 165” emerged, as a replacement for the Model 125. A 165cc, a larger engine size with boosted horsepower to 5.5. A popular choice, by many, including paper boys, farmers, beginners, and even veterans returning home, after the war, who had limited income! 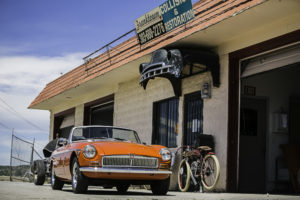 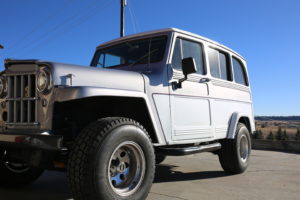 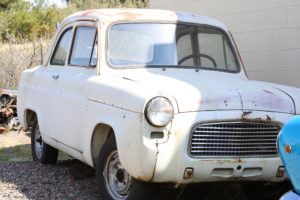 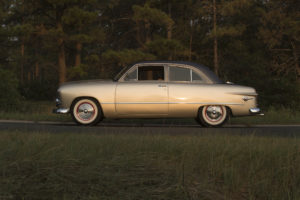 auto body / auto paint / finished project / restoration
1949 – This Ford Deluxe, popularly called the “Shoebox Ford” which received its name due to its slab-sided, “ponton” design.  It was a […]
PrevNext